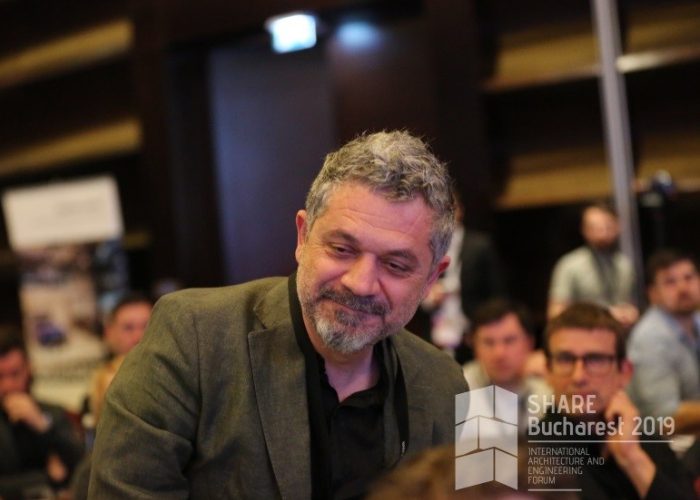 “There were no universities in Cyprus when I started, so all the people who wanted to study had to go abroad (…) The work started slowly but it was really difficult in the beginning: there were also happier times when I felt like an artist who was educating the community.”

Andreea Robu-Movila: We would be glad to know more about your journey in architecture. How did you start?

Andreas Vardas: I think it is important to mention the fact that there were no universities in Cyprus when I started, so all the people who wanted to study had to go abroad. I went to London to study in a top school with probably the best professors and I’ve worked there for a while but then I returned to Cyprus. Actually, my sister asked me to make her a house but as I lived in London I had to go back to Cyprus to build her house, and afterwards I returned to London. The work started slowly but it was really difficult in the beginning: there were also happier times when I felt like an artist who was educating the community.

A.R.M.: People studying abroad do not want to hear about coming back, this is valid for a lot of people from countries that cannot really offer a lot of opportunities. How is it to come back and start doing something for your country?

A.V.:It has been 21 years since we opened our office. At the beginning you are seeing all these stars and fall in the trap of believing this is architecture, but the more we grew up as an office, we realized architecture was similar to cuisine: you need to adapt to everything around you, make do with the available resources and be proud of what you are doing in the given circumstances. It is like the movie industry: movies are not only about Hollywood and we need to be proud of the things we are doing! My wife came to work in the office ten years ago, we have fallen in love and now this is a family thing because she always says: “Make his ideas work” [laughs].

Andreas Vardas’ Wife: Andreas would do some rough models and then I would have to make the project work.

A.R.M.: This is why you are such a strong team?

A.V.: Yes! There are nine other architects in the office and we always get a lot of students. We had two projects abroad, one in Kuwait and one in Saudi Arabia; these are the things we did outside of Cyprus.

A.R.M.: How is the state of architecture in Cyprus?

A.V.: It is pretty good actually! There are a lot of young people who had studied in very good schools in London and came back to Cyprus. The last years witnessed some kind of economic boom, so we have a lot of opportunities to build. We do get a lot of students and have strong collaborations with universities.

A.R.M.: So there is a university in Cyprus now.

A.R.M.: Are you affiliated with them?

A.V.: Yes, I am! But to be honest, I don’t really have time for it. Giving a lecture is different … We are proud to say that we don’t have this intellectual complex concept: we are very pragmatic. Our work is very rational in a way, because we use the materials we have around us and we are both obsessed with comfort.

A.R.M.: What was the turning point of your evolution?

A.V.: I believe it is the moment you abandon the idea that you are going to create a masterpiece. That’s when you are free! I admire people like Picasso, he was experimenting with everything, or Mick Jagger from The Rolling Stones, he said: “The most important album is not the first but the third”. This means you need to keep on working!

A.R.M.: Do you have a mentor or someone whom you admire a lot?

A.V.: My professors were very good in their ideologies but I admire some ideas of Le Corbusier, we visited Ronchamp last year, and we are very fond of the Italian Carlo Scarpa. We really appreciate the Latin American architects because they have these similarities with our own situation. Cyprus is not a rich country and we have to be proud of it! Unfortunately magazines show us that, for example, concrete must be Swiss but I do not like this because it doesn’t manifest a soul! I think now is a moment when we are really proud of what we are doing.

A.R.M.: You said that you worked with concrete: does this material define your philosophy of architecture in some way?

A.V.: I like concrete and all raw materials because there are primal.

A.V.W.: It is also an endless experimentation with concrete.

A.V.: Yes, it is about honesty! Well, I love music, my favorite group ever is Led Zeppelin because they are raw: they come up on the stage and you can hear all the instruments. We prefer the unplugged Nirvana, not the studio version and the imperfection of architecture: it represents its soul.

A.R.M.: How do you fell about the time the architecture is going through today?

A.V.: We are in a very good era of architecture! When I was studying there was the period of postmodernism: it was a destruction time. Now we are part of something I use to call the “Dubai effect” or “China effect”.

A.M.: Does Dubai have a high influence in your country?

A.V.: Unfortunately it has, due to all these investors from Russia and China.

A.V.: Yes, but in a bad way. I can understand Zaha’s iconic style because she has the technology. But what do you do if you don’t have the resources? It is like a Romanian or a Cypriot trying to be Michael Jackson: in order to make Thriller happen, Quincy Jones tried 700 songs – we do not have these resources. The film Avatar raised almost three billion dollars: but who wants to make Avatar? It was a very bad movie. I love SHARE because it gives us the opportunity to stand up and discard some things you see in the public media.

A.R.M.: There are a lot of unknown firms that do a very good job in the local community and address serious problems.

A.V.: This is what architecture is after all! You can come to Bucharest, stroll around the city and see an amazing building. However, you will probably say “I don’t know the architect but he is pretty good!”

Varda Studio is located in Paphos and was established by Andreas Vardas in 1997. Andreas Vardas graduated from the Bartlett School of Architecture, UCL, in 1993 and gained his working experience in London. He is a member of the RIBA, as well as ETEK. The studio’s work includes a number of individual houses, housing development as well as public buildings and a healthy number of competitions. The practice has earned many awards in competitions as well as the Republic of Cyprus President’s award. It has also represented Cyprus in the European Mies Van Der Rohe award. The studio’s design agenda is focused on two points: a clear architectural response to the site and the client’s brief, and simplicity in form. Each project is tackled in a unique way, and becomes a direct response to its environmental conditions, an integral part of the landscape. Built and natural environment must interact as closely as possible to provide the best spatial experience to the end user. The built form is simple and functional, with different functional elements expressed and accentuated. Detailing is kept simple and beautiful. Ornamentation has no place in the design process. Instead, materials are used in imaginative ways to provide texture and atmosphere.
You can find out more about arch. Andreas Vardas and his projects at https://www.vardastudio.com/ 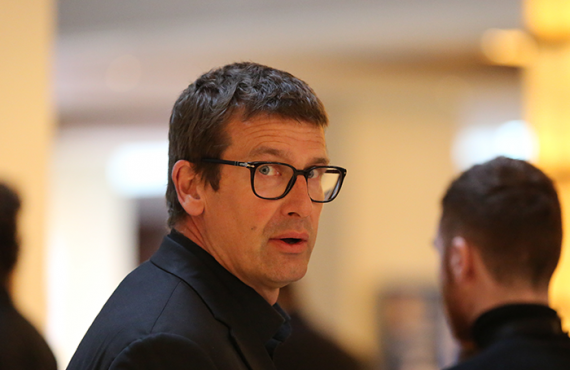 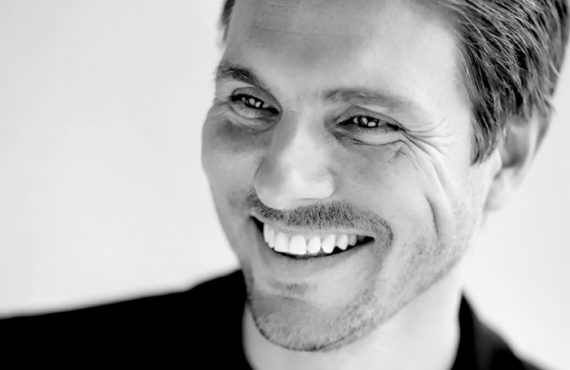 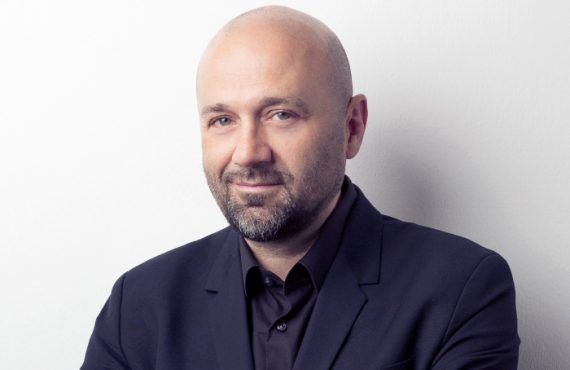 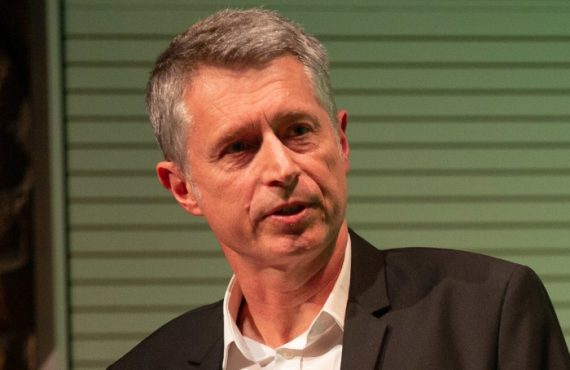 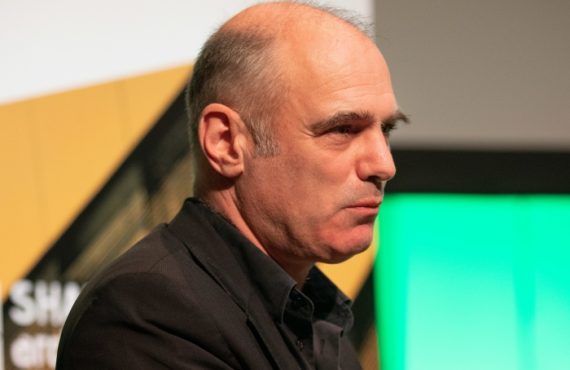 “As a landscape architect and a planner, architecture has a more timeless notion to me. What we should make is... 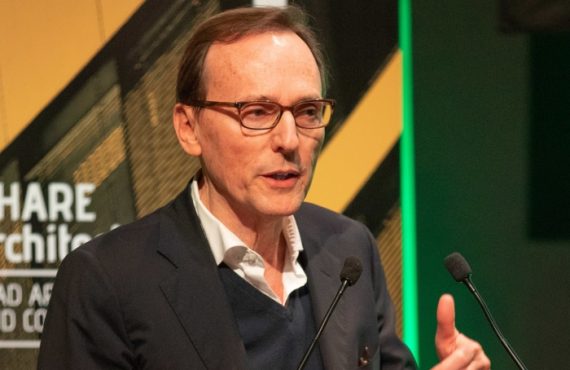 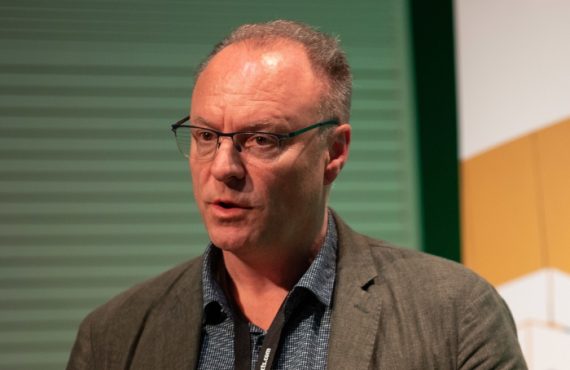 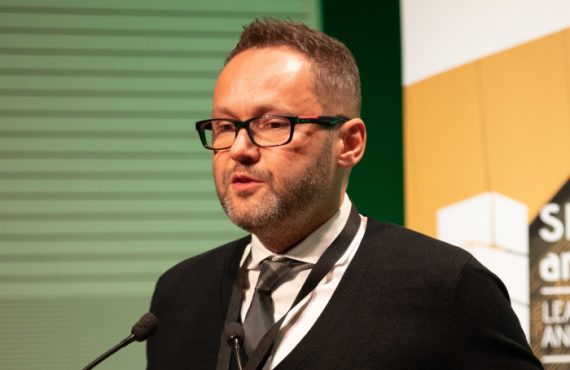 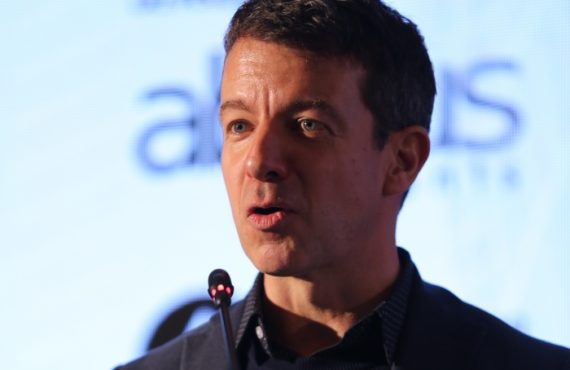 “When I was at OMA we had a small PR team and today at MVRDV I have editors from big... 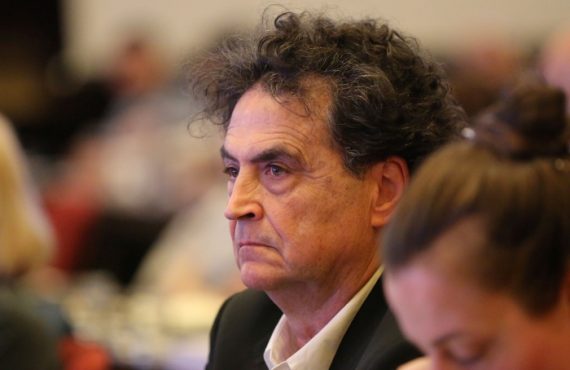 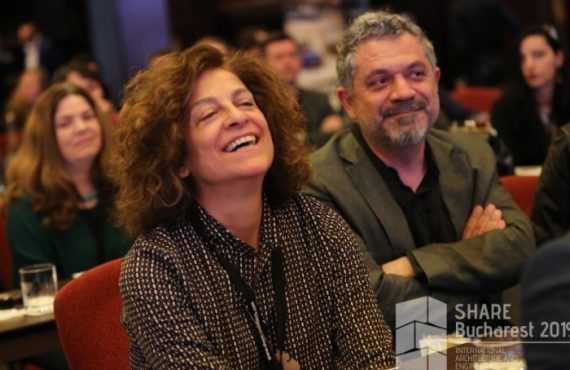 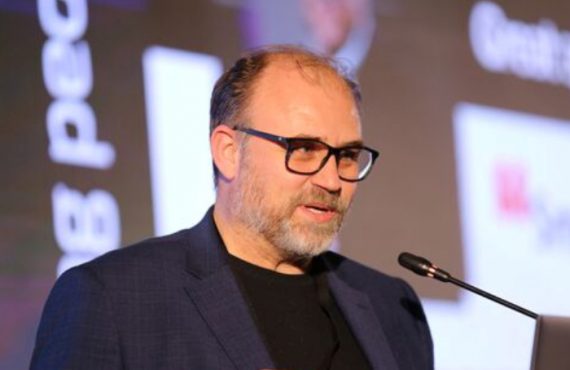 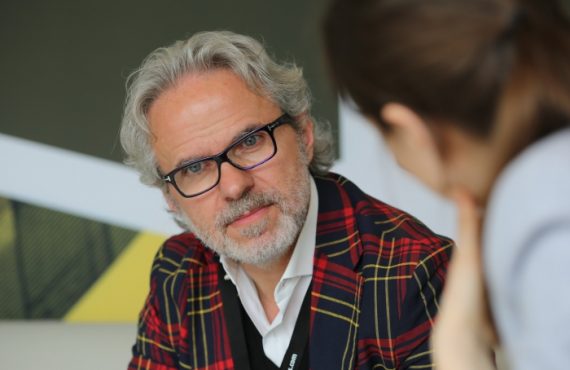